The best day of my life was when my brothers and sisters and I went to the park in Glendowie. We took some food to eat. We ate fish and chips with a soda.

I played on the playground. I was very tired after one hour because I was running so fast. After that it was getting dark because we were at the park for a long time. We decided to go home.

When we went home I was watching a movie with my brothers and sisters. We ate some popcorn. It was very tasty. After the movie I went to bed and I remember this day as the best I can remember for a long time.

I drew my Grandpa because he passed away in 2004 but my nana is still alive. My dad is with my grandma. This is my uncle who went to live in America, and my aunty who is in Hamilton. My cousin is with my aunty. She looks after her in Hamilton. My dad's aunty that's also in the picture and my dad's cousin is there too. I drew him yellow because he died after dad's aunty, and the blue koru is my dad's sister who died the same year as my dad's brother. I have a big family and we all look after one another. 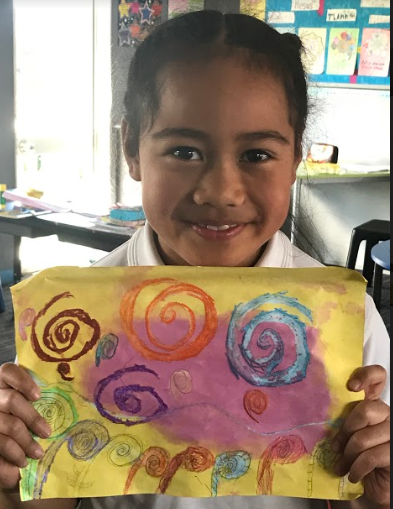 Email ThisBlogThis!Share to TwitterShare to FacebookShare to Pinterest
Labels: Writing

Email ThisBlogThis!Share to TwitterShare to FacebookShare to Pinterest
Labels: Cybersmart

My Trip To The Beach 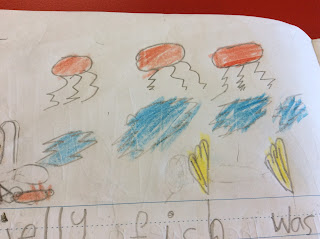 Learning goal: We are learning to write a descriptive text.
Success criteria: We can do this when We can describe  using our five senses.

In the weekend my family and I went to the beach.
I went for a swim because it was hot. The water was warm. The sand was hot. The waves splashed on the sand.  I picked up a jelly fish and it was slimy in my hands. We had delicious lunch. The sausages were tasted like pork.
We all had fun at the beach.
By Feao
Posted by Room 2 at 20:26 1 comment: 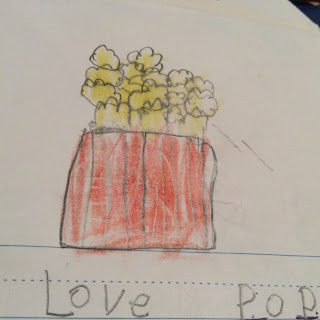 Learning goal: We are learning to write a descriptive text.
Success criteria: We can do this when We can describe popcorn using our five senses.

I love popcorn. It tastes buttery and salty. It smells delicious and buttery. It looks white and yellow. When I eat warm popcorn it crunches in my mouth like drie leaves.
Fe'ao

Trip To The Movie 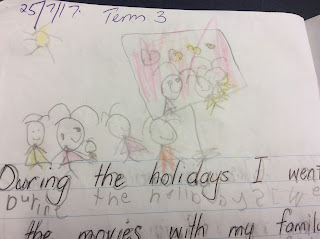 Learning intention: I am learning to write about an experience.
Success criteria: I know I can do this when I can


During the holidays I went to the movies with my family.
We watched a cartoon movie. I like that movie because the girl in the movie is pretty. My favourite movie is Ariel the mermaid.
Everyone enjoyed the movie.
By Feao